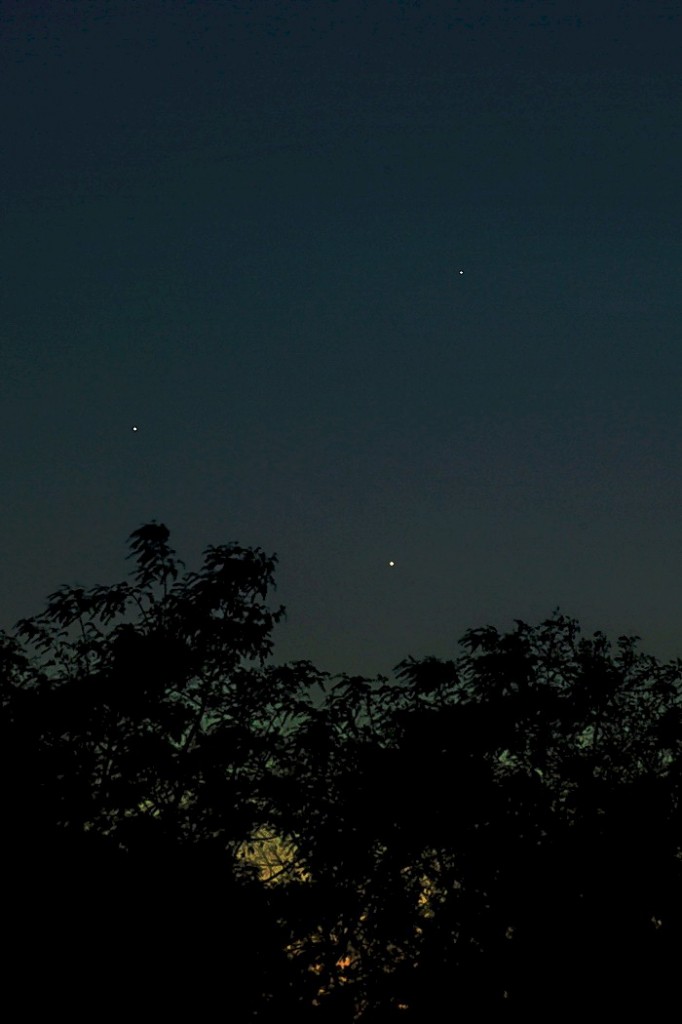 Today’s Sunspot Number beats the peak average at the last cycle. And it is a must check out! Even in an 80mm with standard solar filter. Note that the last Solar Max was a double peak and our current Max is also a double peak. See graph below. Also lots of CME’s right now see last report at bottom of this blog. 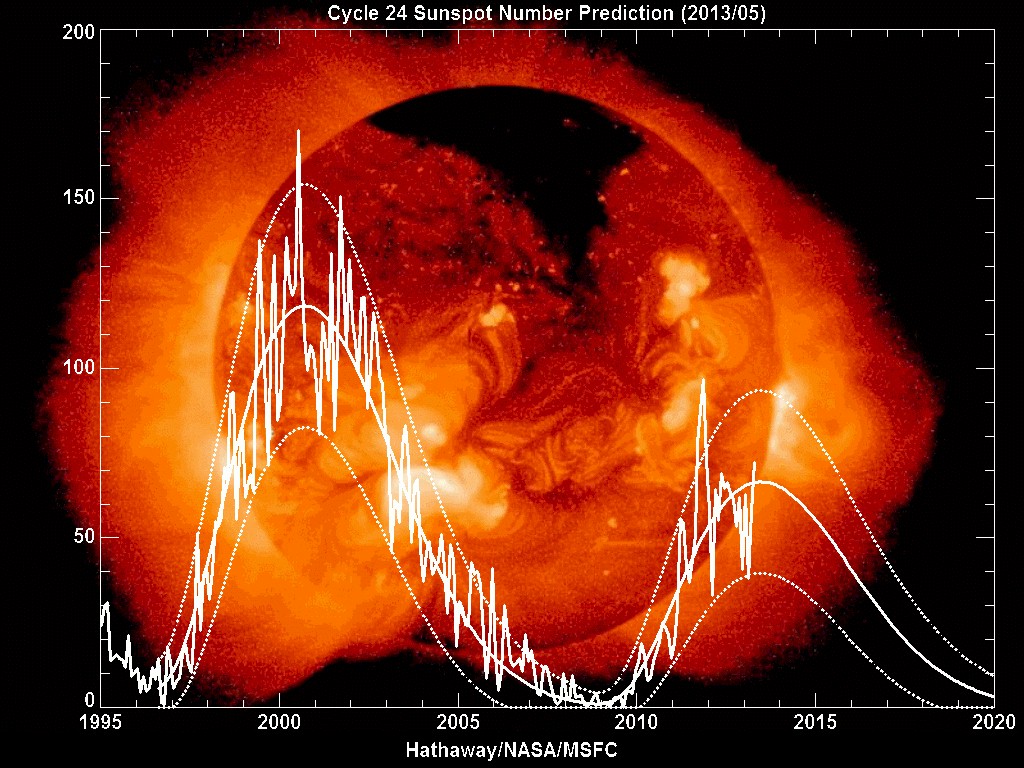 Solar Viewing at Houge Park on Sunday 5/5, by Michael Swartz

I really didn’t like the way the sky looked. I was temped to not go. But as I saw the sun peak through now and then, I just couldn’t resist. So I finished up my honey-do’s and made it to the park. Michael Packer was already there, all alone. I backed in next to his car, got out, had a couple views though his set up, and figured I might as well get set up my gear too. Before I was finished we had attracted a crowd of 8-10 people.

He got into a really interesting discussion about super novas with some people while I was helping a father and son get some quick views.

The sky was pretty cloudy but as the clouds slowly moved across the sky the sun would peak through for a few minutes here and there. We mostly sat and talked. However, the views we did get now and then were really good, and even though it was fairly windy, the scopes performed pretty well. There was a large gnarley spot group, plenty of surface activity, lots of dramatic swirly flows of plasma, nice filaments, some pretty prominences.

I had hoped for better weather but I am glad I went. I think we had a good time.

These Sunday afternoon solar viewing gatherings at Houge Park are fun. I usually bring my kids who enjoy the playgrounds in the park, ride their ripsticks or play ball. Maybe next time I’ll bring some picnic stuff and stay longer.

INFO FROM SIDC – RWC BELGIUM 2013 May 17 12:57:52 Two M-class flares in past 24h, both from NOAA AR 1748. The first one occurred on May 16 at 21:53 UT, with intensity M1.3. The second flare was an M3.2 and peaked at 08:57 UT on May 17. This AR has still potential for producing X class flares. It maintains its beta-gamma-delta magnetic configuration, even though some fragmentation is seen in the trailing region and there are some indications that polarities are separating within the delta spot penumbra. The M3.2 flare of today was related to radio bursts and a CME. SWAP detected clear dimmings and an EIT wave around NOAA AR1748. There are no LACO data available yet, but a CME is indeed seen in STEREO COR2 data, it can be Earth directed. The speed in COR2-B is calculated to be 1300 km/s, making a possible arrival to the Earth on May 19 around noon. Protons levels (10MeV) are still above threshold, stable around 3 protons/cm2-s-sr.Geomagnetic conditions have been unsettled to active, due to long lasting periods of slow solar wind with sustained mild negative Bz (around -5nT). These are not related to the arrival of the CME of May 15, which is still not visible in ACE data, and may still arrive later today and produce storm levels (estimated max K = 6). As a reminder, this series of CMEs related to AR 1748 had a source region within 30 degrees of the solar limb, which reduces their possibility of arrival to the Earth to around 30%. 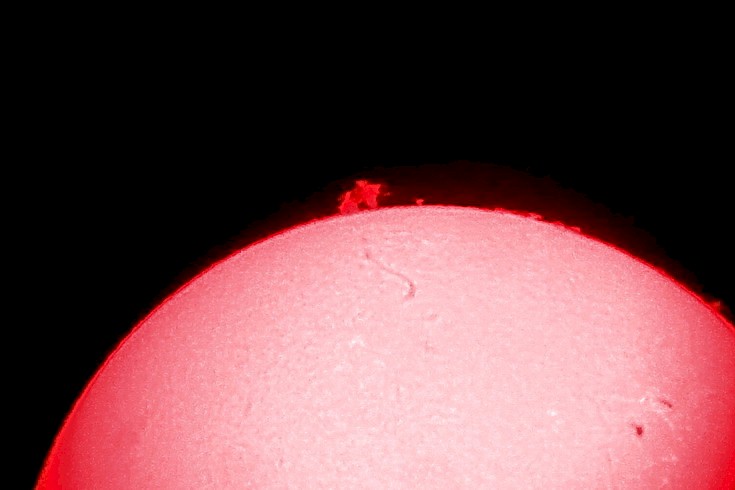 The Sun kicked off May (and its surface) a hellacious sized flair. Several active regions and a very dark sunspot are aimed at a planet just found to have a core temp 1000 degrees hotter than previously measured. Here’s a solar pic taken with my LX5 @ the eyepiece:

Join SJJA for a Cinco De Mayo Solar Party This May 5th Sunday!Details at www.SJAA.net

Observe The Sun Safely – Never look at the Sun without a proper filter!