Every year, the city of San Jose holds a festival of sorts in the Cambrian Park area of San Jose, which is roughly the south- south west area of the city.  It’s called Celebrate Cambrian and it was held yesterday at the Camden Community Center on Union Avenue. 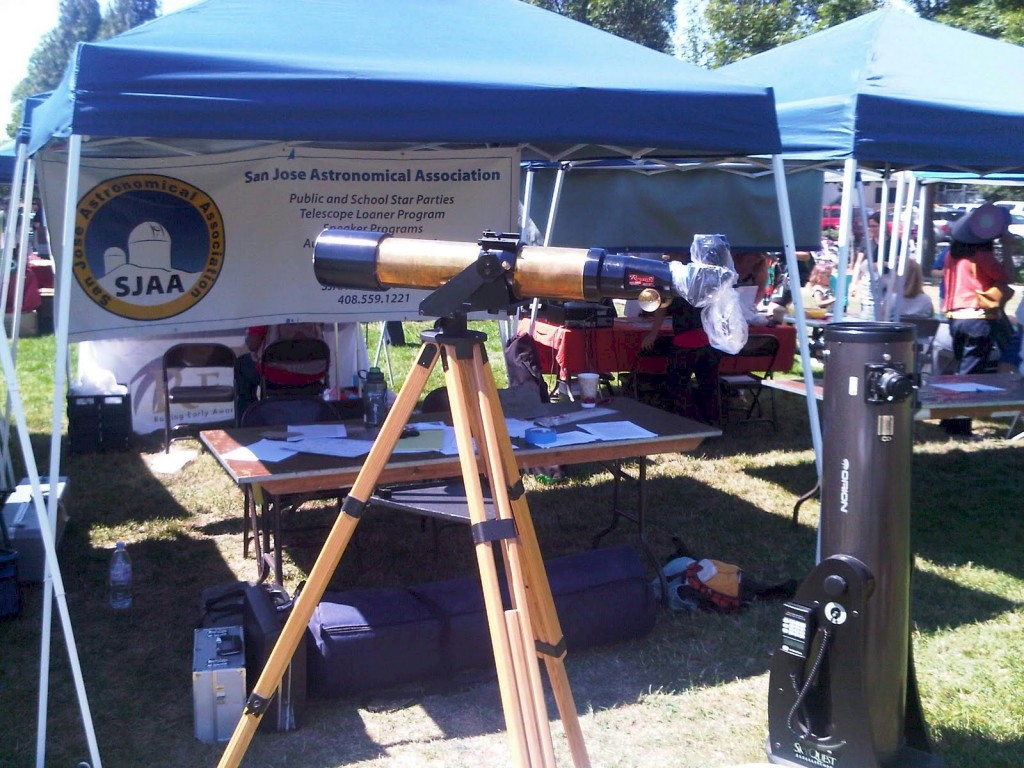 The San Jose Astronomical Association was represented there with a booth that was manned by Rob Jaworski and Robert Armstrong, the club’s treasurer.  We had several telescopes on display, from Orion’s popular XT series to a big 20 inch Obsession.  We also had a Televue refractor with a solar filter set up so that participants could do a bit of impromptu solar viewing.

Members of the public were really excited to see the sun, for nearly all of them it was their first time.  We were lucky to be able to easily see two sunspots the entire day, along with another two that appeared near the limb of the disc in the morning, then later disappeared in the mid afternoon.

This event provides some great publicity for the organization.  Many people are not aware that we hold the nearby Houge Park star party events but are definitely interested in checking it out some time.  Some folks said they were aware of it, but hadn’t gotten around to coming out, so this was a great reminder.  There were lots of families that stopped by our booth, and they learned that they could even borrow telescopes through our telescope loaner program, one of the best benefits the SJAA offers.

Big thanks to Dr. Armstrong for helping with this event despite the fact he was out observing the night before until the wee hours, and for bringing a lot of the equipment, most notably his solar viewing gear!