We had a great general meeting for the month of July 2011 this past Saturday night, the 16th.  Our guest speaker was Rick Morales of the Fremont Peak Observatory Association. 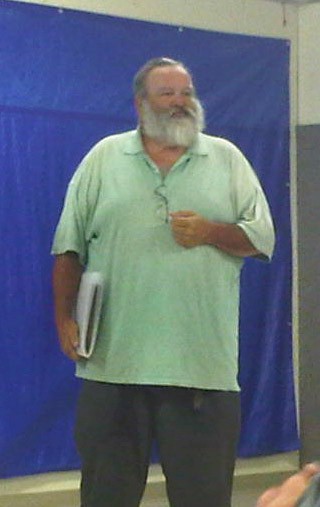 Jack Zeiders, a long time member and twice past president of the SJAA gave a few introductory remarks about the FPOA and Rick and his long term history with the FPOA.  He then presented Rick with the SJAA’s Dr A. B. Gregory Award. 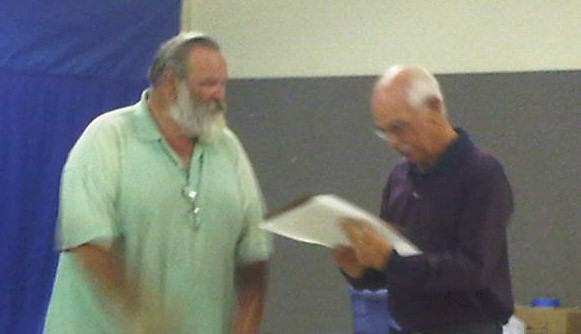 Rick certainly deserves the award, given his support of amateur astronomy at Fremont Peak over his years there as a ranger of the state park.

He pulled out his slide projector and provided us with a slide show about the history of Fremont Peak State Park and the observatory that was built there in the mid 1980s.

At the end of the presentation, which brought back memories of many good times to many people in the audience, we asked that some of the people present who were involved in the construction of the observatory come up so we could get a picture of all of them together. 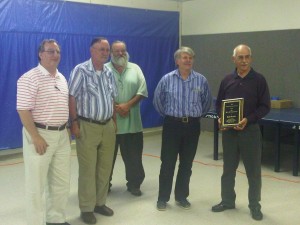 Congratulations to Rick and to the long history of the FPOA!