Observe The Sun Safely – Never look at the Sun without a proper filter!
Solar Programs are held 1st Sunday of every Month 2:00-4:00 PM at Houge Park  weather permitting

We held Astronomy Day Part 1 at Houge Park Friday night and wow what a great time. Sky was good, scopes were plenty and crowd was the largest I’ve seen. A crescent moon allowed for great views of the giant fault system Rima Hyginus which is connected by a groove to the rille Ariadaeus. The moon did not disappoint deep sky viewers. Many Messier objects were up, M44 and Leo, Virgo galaxy clusters were high in the sky. Of course planetary viewers got good looks at Saturn, Mars, and Venus. Venus is about at its brightest right now as it is both close to Earth with decent phase. And Mars just recently went through its retrograde.

Saturday was Part 2 – Solar Viewing at the New Public Library on the San Jose University Campus. A steady stream of people over the course of the day amounted to innumerable exclamations of “Wow, Amazing, Sick, and You Got To Check This Out…” H-alpha flares were all around the solar disk and I couldn’t tell you which ones we like most. At 9 O’clock on the solar disc were two massive prominences that resembled two gargoyles or Lions facing each other – elaborate bookends indeed! At 12 O’clock there were 3 prominent flares – one looked like a giant bonfire in a fireplace and next to it was a detached prominence that looked like a flame from a Bic lighter. Inside the solar disk there was a terrific number of sunspots and filaments (dark sinuous features that are prominences projected on solar surface). The sunspot count was likely in the 80’s with about 6 sunspot groups. 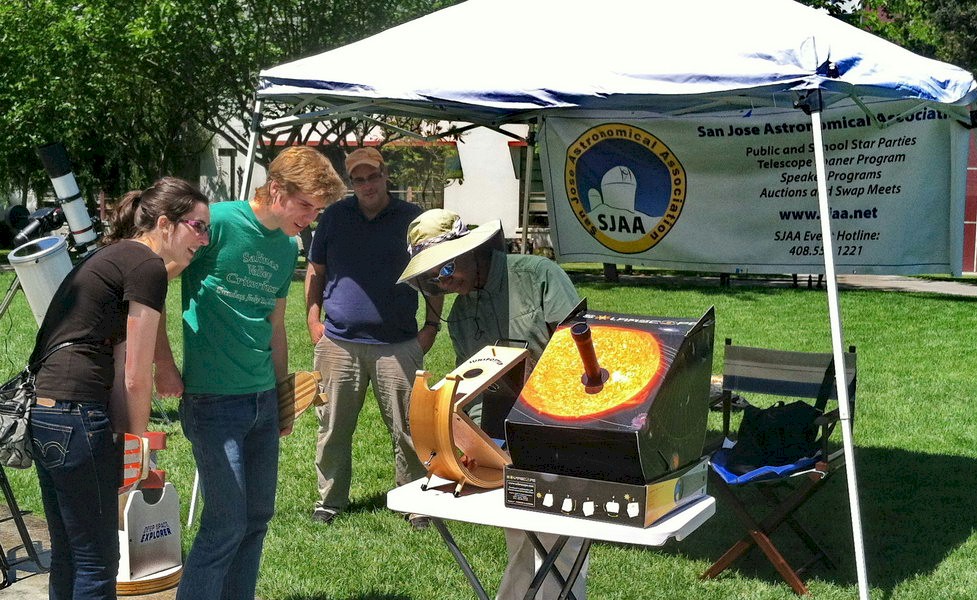 Recently she took a nice image of a 100+ sunspot day which we’ll post. 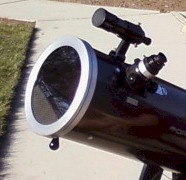 Later in the day Kevin came with his sunspot KILLER 10″ filtered scope!

Side Note:  Not having visited the The San Jose Campus for a long time I was blown away by the fantastic diversity and new library – a beautiful place. Check out a book and check the place out.