Below are photos of Meteor Crater, Winslow, Arizona from my visit in June 2013.   The crater is located about 40 miles southeast of Flagstaff. It was formed when an estimated 45 meter meteorite hit about 50,000 years ago. The first photo shows the crater, nearly one mile across, 2.4 miles in circumference, and about 550 deep.

Click to enlarge this panorama which was stitched together with Photoshop Elements.  Viewing platforms are in the foreground. Remnants of mining for the meteorite are still visible at the bottom of the crater.  The visitor center is at the far right.  Above that in the photo are the trail used for the guided Rim Tour, and a group of people taking that tour.

At first the crater was thought to be of volcanic origin.  In 1902 Daniel Moreau Barringer, a mining engineer, became convinced the crater was caused by the impact of a large iron meteorite.  He spent the rest of his life mining in the crater in an unsuccessful attempt to find it.  According to the excellent museum at the visitor center and their very informative website, he could not find it because it did not exist–it was broken up into tiny pieces:

Barringer did live long enough to see the scientific community start to accept his theory that the crater was formed by a meteorite.

This piece of the meteorite is on display at the Lowell Observatory visitor center.  The sign says, “Meteorite. 535 lbs. 242.6 kg. Found in Canyon Diablo near Meteor Crater. This is a small particle of the meteor which formed Meteor Crater, about 50,000 years ago. 92% iron, 8% nickel, traces of gold, silver, platinum and diamond.” 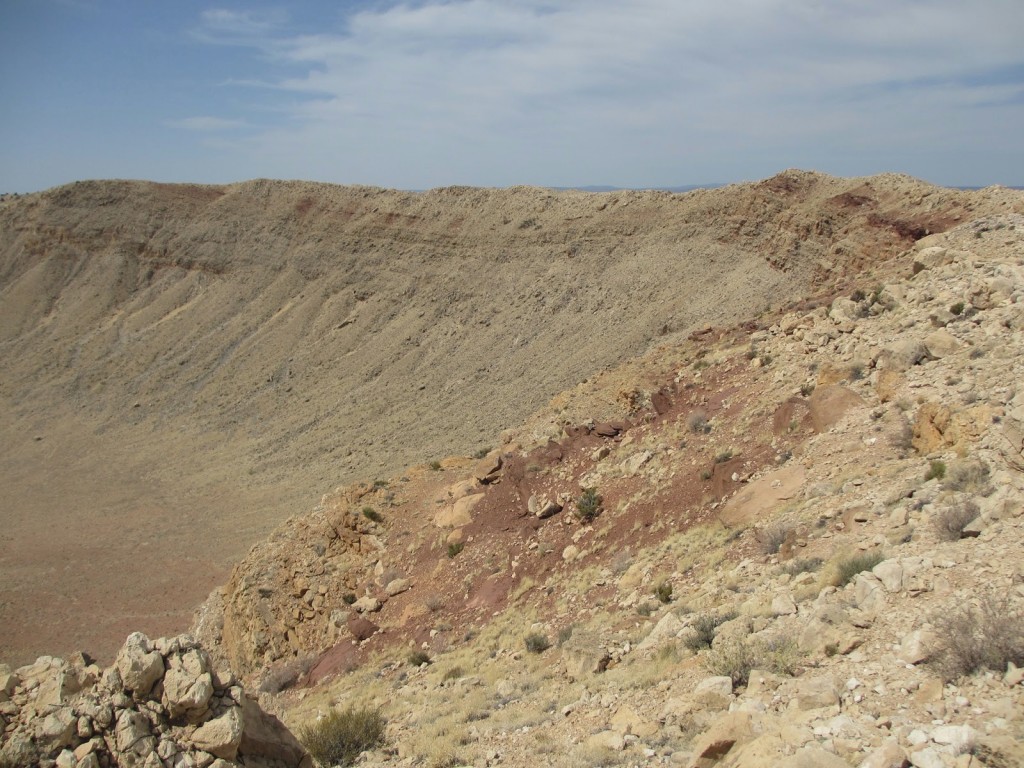 Strata along the rim

This photo shows the strata at the rim.  Impact craters have been called “nature’s drills” because they sort of invert the strata.  Apollo astronauts trained at Meteor Crater under the guidance of Dr. Eugene Shoemaker (part of the team that discovered Comet Shoemaker-Levy 9) because Meteor Crater is so much like craters on the moon.  By recognizing impact craters on the moon, the astronauts could collect samples of rocks originally from below the surface without having to drill for them. 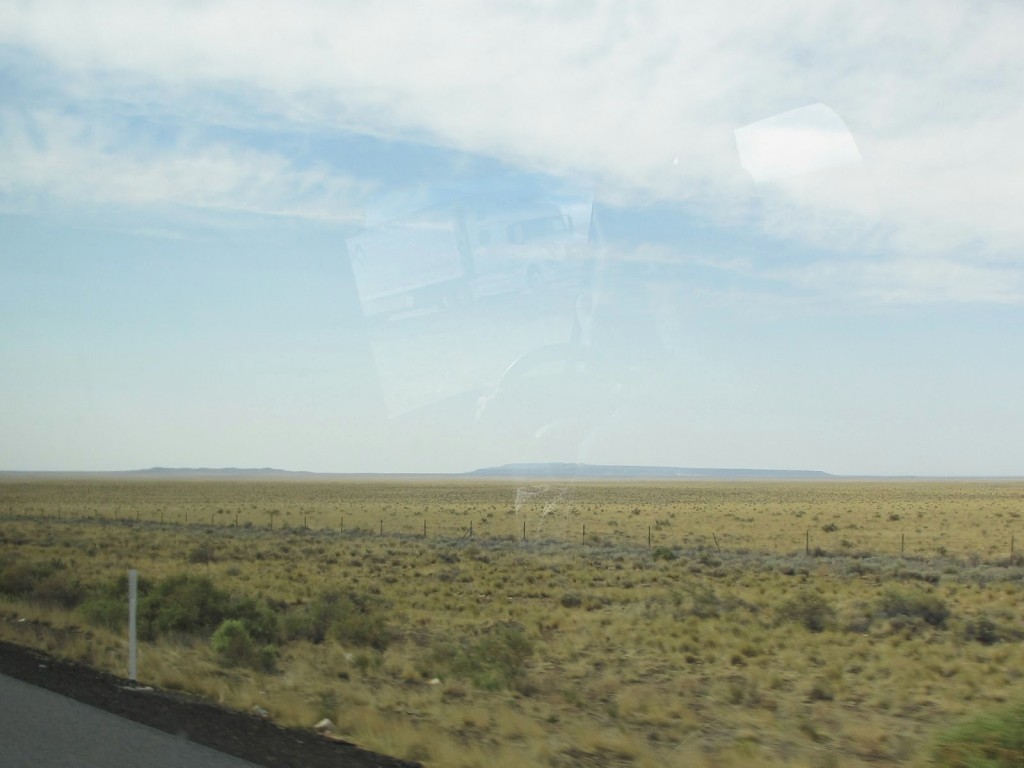 Here is a distant view of the crater. The land around the crater used to be flat until the meteorite hit, creating the impact crater and depositing debris around the rim.

Its really static trip means to say historical Meteorite its 50,000 years ago i love such like precious and limited places and things.thanks allot to share your great tour here it my hobby i research and trip such places.
toronto airport taxi